You are using an outdated browser. Please upgrade your browser to improve your experience and security.
Dolley Madison
American first lady
Media
Print
Thank you for your feedback

Dolley Madison, née Dolley Payne, also called (1790–93) Dolley Todd, Dolley also spelled Dolly, (born May 20, 1768, Guilford county, North Carolina [U.S.]—died July 12, 1849, Washington, D.C., U.S.), American first lady (1809–17), the wife of James Madison, fourth president of the United States. Raised in the plain style of her Quaker family, she was renowned for her charm, warmth, and ingenuity. Her popularity as manager of the White House made that task a responsibility of every first lady who followed.

Britannica Explores
100 Women Trailblazers
Meet extraordinary women who dared to bring gender equality and other issues to the forefront. From overcoming oppression, to breaking rules, to reimagining the world or waging a rebellion, these women of history have a story to tell.

Dolley was one of eight children of John Payne, a merchant, and Mary Coles Payne. Soon after her birth, her father’s business fell on hard times and the family moved to eastern Virginia, where they were active members of the Society of Friends. When she was 15 her family moved to Philadelphia, where Dolley married a young lawyer, John Todd, in 1790. The couple had two children, but in 1793 her youngest son and husband died during an epidemic of yellow fever, widowing Dolley at 25.

A few months later Aaron Burr, then a United States senator from New Jersey, introduced Dolley to James Madison, who was 17 years her senior; though a small man physically he was a towering political figure. There was a mutual, immediate, and strong attraction between James and Dolley, and they wed on September 15, 1794, at her sister’s home in Virginia. Because her husband was Episcopalian, however, the Quakers disowned her. Soon after their marriage, accompanied by her son, the Madisons moved to Philadelphia, then the nation’s capital, where James served as a member of the House of Representatives. During the presidency of John Adams (1797–1801), the Madisons lived on James’s estate, Montpellier (now Montpelier), in Virginia. Soon after the election of Thomas Jefferson in 1800, they relocated to Washington, D.C., where James served as secretary of state and Dolley assisted the widowed Jefferson as hostess at official events, giving her ample preparation for her future role as first lady.

The first president’s wife to preside over the White House for any significant amount of time, Dolley Madison set many precedents. She established the tradition that the mansion would reflect the first lady’s tastes and ideas about entertaining. With the help of Benjamin Latrobe, architect and surveyor of public buildings, she decorated and furnished the house so that it was both elegant and comfortable. Unfortunately, not many Americans had the chance to see it before the British burned the mansion in August 1814 during the War of 1812. Dolley underscored the first lady’s responsibility for caring for the mansion and its contents when she directed the removal and safe storage of precious holdings, including the famous Gilbert Stuart portrait of George Washington that still hangs in the East Room.

As hostess, Dolley Madison carefully balanced two competing traditions in the new nation: the democratic emphasis on equal treatment and the elitist notion that the president’s house was the province of the privileged few. At weekly receptions she opened the doors to virtually anyone who wanted to come and then moved among the guests, greeting all with charming ease. In her stylish turbans and imported clothes, she became enormously popular and much imitated. Although most Americans approved, she did have her critics, including Elijah Mills, a senator from Massachusetts, who complained that she mixed “all classes of people…greasy boots and silk stockings.”

Although she eschewed taking public stands on controversial issues, Dolley had a shrewd political sense and cultivated her husband’s enemies as carefully as his friends. When President Madison dismissed his secretary of state, Robert Smith, she invited him to dinner; when he failed to accept she went to call on him personally. In the election of 1812, when many Americans complained that Madison had led them into an unnecessary war, she used her invitation lists to win him favour and a second term, according to some historians.

She insisted on visiting the household of every new representative or senator, a task that proved very time-consuming as the nation grew and the number of congressmen increased. Since many representatives chose to bring their families to Washington, dozens of households expected a call from the president’s wife. Her successors found the practice too burdensome and stopped it.

Dolley Madison enjoyed a happy marriage; different as she and her husband were in personality, they doted on each other. However, her relationship with her son, John Payne Todd, was a different matter. He spent money recklessly and expected his mother to cover his debts and losses.

When James’s second term ended in 1817, he and Dolley moved back to Montpellier, where they lived until his death in 1836. James’s last decades were not prosperous, and the debts of young Payne Todd depleted the family’s resources. To supplement Dolley’s income after James’s death, a sympathetic and grateful Congress appropriated $30,000 to purchase the Madison papers.

In 1837 Dolley moved back to Washington. Living in a home opposite the White House, she was the nation’s most prestigious hostess. Presidents and social leaders called on her, and she was a frequent White House guest. But her profligate son continued to try her patience and deplete her purse. In 1842 she traveled to New York City to arrange a loan from the wealthy fur magnate John Jacob Astor, and Congress came to her aid once more by agreeing to buy the remaining Madison papers for $25,000, but only on the condition that the money be placed in trust so that her son could not get it.

When Dolley Madison died in 1849 she was one of the most popular figures in Washington and the nation’s favourite first lady. At her funeral Pres. Zachary Taylor, his cabinet, the diplomatic corps, and members of Congress lined up to pay their respects. She was buried beside James Madison at a family plot near Montpelier. 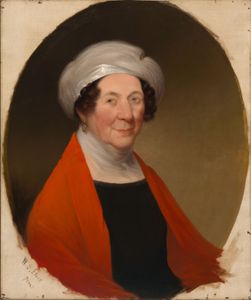